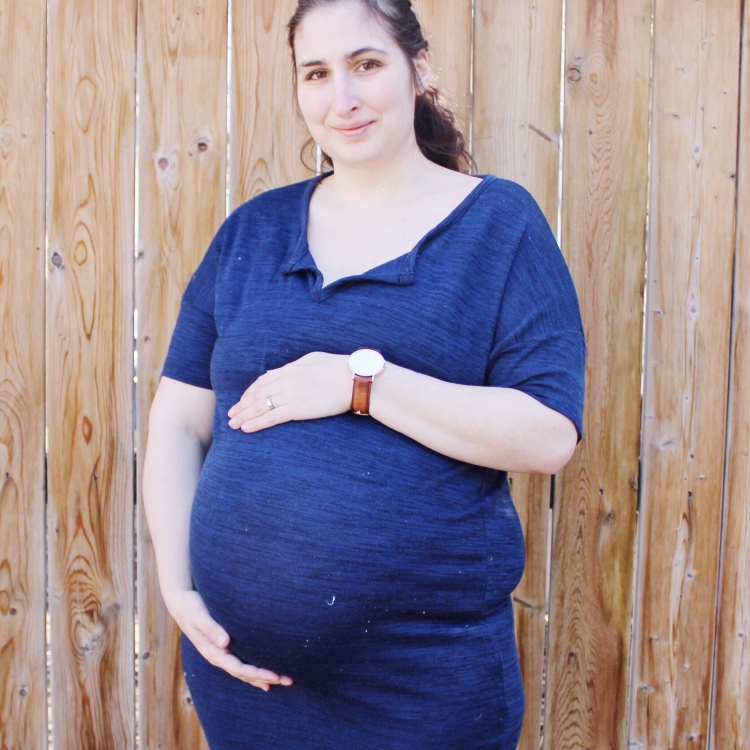 My body did it! I’m 28 weeks pregnant! This pregnancy has been so different! To start with it has gone by FAST compared to my first baby. I am so busy running after a 19 month old toddler that I don’t have too much time to think about this growing baby! It has also been a lot more relaxed as I understand what my body is going through. I know when to stop and take a break, I know I need to be on top of drinking water, and I just feel so much more peaceful and happy this pregnancy as I know what and when to expect!

There is a reason they say there is a second trimester bliss! At around 17 weeks the nausea wore off, I had energy, my fibromyalgia and shoulder pain improved, the joint swelling went down, and I felt very relaxed and peaceful most of the time. My doctors kept me on all 6 of my medications while pregnant because it is more of a risk to the baby and me to go off the medication which has also helped keep everything under control and manageable!

Sitting on my 28 week bump

At 17 weeks we also found out our baby’s gender. I was positive it was going to be a boy starting around 8 weeks but secretly hoped for a girl! I grew up with all sisters and I’ve never really imagined myself having a boy. I also thought it would be so much more practical because we have all the little girl stuff we need. Let me share with you that Gender Disappointment is real and is a valid feeling. I felt so ungrateful because I have this beautiful and healthy little man growing inside me. I know so many women would kill for that and here I am being disappointed I’m not having a girl. But it’s something that is valid and women never really publicly talk about but I can’t even count the amount of friends that struggled when they found out their baby was not the gender they were expecting. For me, it took a few weeks to wrap my brain around it and now I’m truly excited even though I have no idea what I’m doing! But every little (and big) kick makes me feel so connected to this baby and I’m embracing these precious last two months he’s inside me. 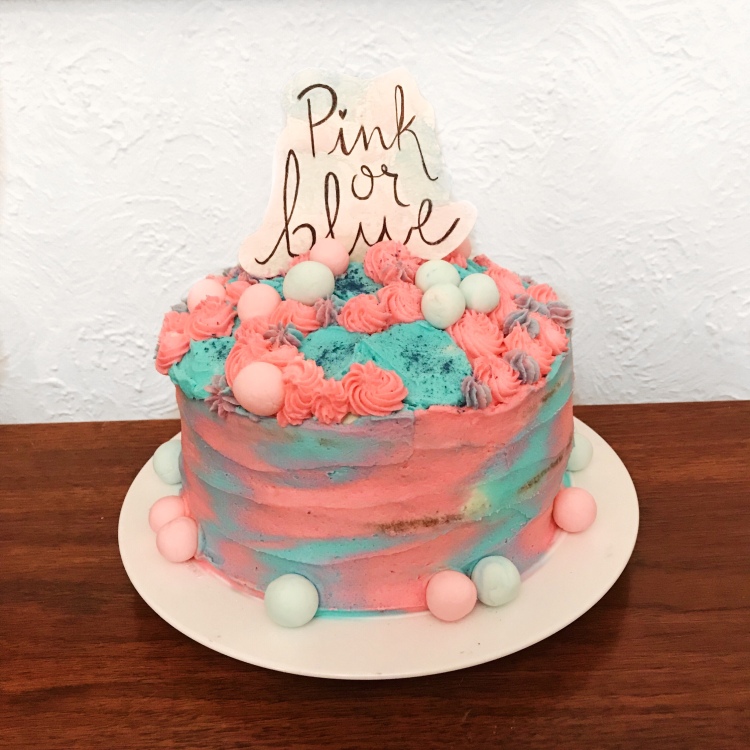 A big difference this time is I was 70 pounds lighter then when November was conceived. I’ve already gained 40 pounds however my doctor isn’t concerned. I tend to retain a lot of water and I was on a progesterone supplement the first 4 months which is notorious for weight gain. However I know that as soon as he’s here and I start pumping the weight will come off quite quickly like it did last time.

Preparing November has been so much fun! At 19 months I don’t know how much she understands but she loves to touch my belly and say “baby” followed by a million tummy kisses! Plus whenever she sees pictures of babies while I scroll through Instagram and IG Stories, she makes sure to give every baby on the screen a smooch. She may just be the cutest thing ever! 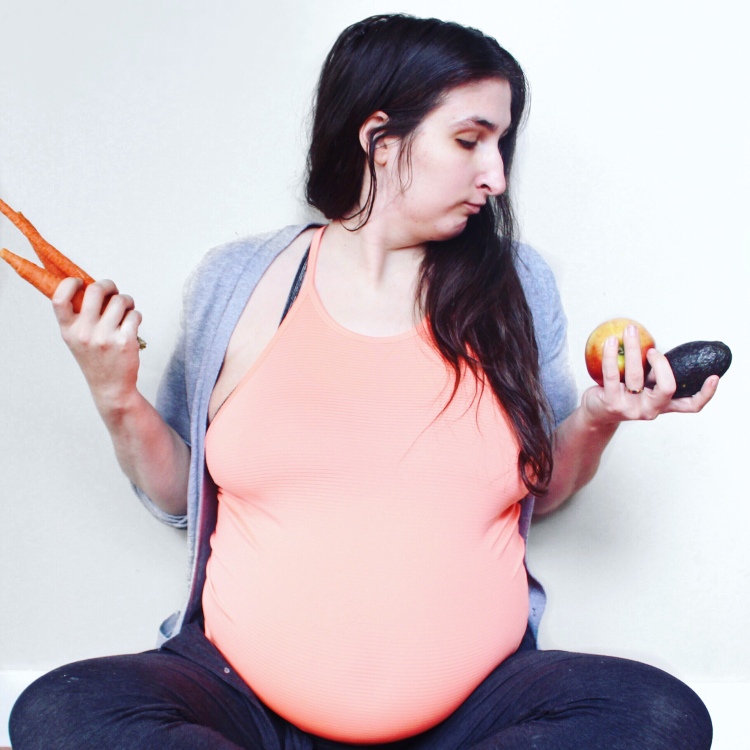 In a few weeks I’m going to start preparing my body for delivery. At the start of 37 weeks they are going to do as many non invasive ways to get him out followed by a hospital induction if that fails. I tend to make really big babies (November was in the 97th percentile at 37 weeks). In order to have my body ready I will be taking evening primrose oil, pumping 3 times a day, and long walks. I do this because if I make it to my due date, there is a high chance I could have an 11 pound baby. I am super thrilled to know the approximate date he will be coming. With November, knowing that there is a five week window of 37-42 weeks that she could come stressed me out! I don’t do well with the unknown so this was a very welcomed plan!

We also had his name picked since the moment we found out he was a boy, I wanted to name him Seven or Courage but Rob said, “we are not hippies and already have a daughter named November” so those were vetoed.

This time we are so much more prepared for the baby’s arrival. Having chronic illness, I didn’t really think it would affect my ability to be a mother. When Novee was two weeks old I realized I did need some respite care for a few hours a day to rest so I could be a good mom later. At first I felt immense guilt for this but now I know it’s not selfish to take care of myself so I can take care of my kids! I have also removed the pressure off of myself to contact breastfeed but instead I am opting to exclusive pump. I know I can’t be the only person on call 24/7 for my baby and still take care of myself. I tried for 3 weeks with my daughter and it just added more stress for us both plus with pumping I can work around my medication schedule. I’m thankful I make over 100 oz a day at my peak so I know I will have more than enough to fill his belly. 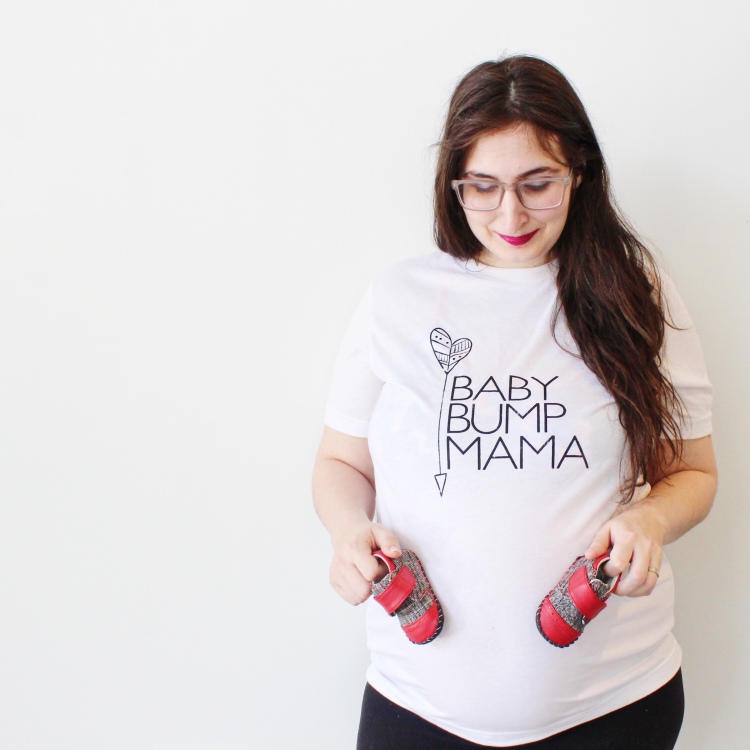 I can’t believe it’s just 9 short weeks away! I am soaking up being a family of three as much as I can. The snuggles with Novee are longer, our time together is high quality, my kisses and cuddles with Rob are frequent, and I’m savouring those solid 10 hours of sleep I’m getting every night!

We can’t wait to meet you buddy!