I woke up Friday morning, June 22nd, to some crazy back pain on my left side. Nothing new considering the crazy infection I was battling in my kidney, bladder, and urinary tract.

A little backstory, three weeks prior when I had contracted a rare bug that had me hospitalized for 11 days and required me to get a PICC line so I could receive medication at home. I also was living the glamorous life of having a Foley catheter in that attached to a leg bag and a big bandage holding the PICC (if you are not familiar with a PICC line, its a long term IV that goes through a major vein in your upper arm to your chest.. mine was 42cm long). With the PICC line I couldn’t lift anything above 10 pounds so I needed a lot of assistance with my almost two year old.

So that Friday morning I woke up with pains and I knew that wasn’t good. I knew I had to go to maternity triage to get my blood/urine checked so to be on the safe side I hurried to pack my hospital bag…which shows how much I was procrastinating since I was two days away from my scheduled induction. At 10AM I left November with a babysitter to go to hospital’s maternity triage to be evaluated.

As usual, the maternity triage waiting room at St. Boniface hospital was packed and even overflowing into the hallway. I assumed I was going to be waiting for hours and hours but one of the joys of having an infectious disease is that I was immediately put into a bed to avoid the chance of both sharing and picking up more

While in triage, blood and urine tests showed my body took on a new infection. Luckily it was my actual OB on call and she and my Infectious Disease Doctor made the choice to induce me on the spot since I was 36 weeks and 5 days. My OB is so kind, compassionate, and decisive. She didn’t want to leave me in the pain. She gave me the option to be hospitalized with more aggressive IV antibiotics and painkillers or induced me hoping that he will take the pressure off my renal system allowing it to heal. I chose induction.

At 2PM I was only 1cm dilated so Dr. Lisa did a sweep and Cervidol. She told me that the Cervidol should work in 12-24 hours and after that point we could start the Pitocin Drip. Mentally I settled into the long haul that it could still be 48 hours until I met my baby.

In between contractions in my own hospital gown from GiftGowns

Well it turned out that my body just needed a tiny push into labor. Two hours later at 4PM I was having some cramping radiating in my back which I assumed was Braxton Hicks. Two hours later at 6PM I was having contractions 1 minute long, 2 minutes apart and made it to 4 cm. The Cervidol was deemed “too effective” and I was so thankful to have Rob and my doula Carla there! By 8PM I decided I had enough this pregnancy and I wanted my epidural so they moved me to the Labor and Delivery floor. They gave me some fentanyl and the epidural and after that point I felt 0 pain.

At 9PM, Dr.Lisa broke my water however I stayed at 4cm for nine whole hours even with a Pitocin drip that was super effective in giving me contractions. At 4AM, The nurse noticed that baby was in the wrong position and that’s why I was stalled. He was laying on a diagonal making it hard for my body to push him downward. He must have heard because little man moved into birthing position within 2 minutes of that statement. Contractions continued and I was still super comfortable from my epidural, so comfortable I sent my doula to another client who was having a much harder labor than mine.

Rob and I were chronicling the labor on IG stories that I was saving and planning to post later after we announced his arrival! Silly things like his sleeping arrangements, our inappropriate movie choices, how silly I felt on fentanyl, and the final video we made it was 6:04AM and I was STILL 4cm… just like I had been for the past 12 hours. We were thinking he would arrive sometime that evening at the pace things were going and were watching Jurassic Park on Netflix while we waited to dilate. I was so anxious for transition and pushing since my last experience was not a walk in the park – which what labor is?? I kept reserving my energy for that portion.

The nurse checked me at 7 AM and I was thrilled to be at 6cm. Progress!! Again, I still thought labor was hours away so I sent Rob to go get some food and take a break. I told my doula, Carla to stay with the other labouring mama, no point her watching me watch Orange is The New Black. Carla’s backup Lorie was available at any point I needed so I was super supported.

Still the nurse who was carefully monitoring my contractions on the monitor cautioned Rob to be quick and leave his phone on because I was 6cm but I still had hours to go in my head… I had only dilated 2cm in 12 hours but she continued to sit next to me in the chair staring at the monitor and asking me if I was feeling pressure. I was excited when she told me to call Rob and ask him how long he would be.

At 7:20AM, Rob was back and I tried getting on my knees just to make sure I could get into that position to push since I was refusing to push on my back. I felt a little warm and asked to turn on the fan and that prompted my nurse to give me another check even though it has only been 20 minutes.. I was 10cm and good to go! My body went from 4cm-10cm in around 60 minutes. If feeling mildly warmer was my only feeling of transition, I was one happy mama! I was relieved to have no vomiting, shakes, and mental chaos.

I felt no pressure to push so I asked if I could wait to push. Everyone was fine with that and for half hour two nurses casually moved around getting everything ready.

It was nearing shift change and luckily my amazing OB came to check on me before she went home. She asked to check me “just in case the head was right there”. I was very intense on the fact I didn’t want to push on my back but she suggested we just “try a few” and if not I could move into a different position.

With my epidural fully running and just Rob, Dr. Lisa, and myself in the room.. I pushed three times for 10 seconds during one final contraction and I was in disbelief when she laid Everett on my chest. The two nurses who were casually preparing for delivery were shocked to come back in the room to see a baby laid on my chest.

In complete shock he came so quickly and painless

I was in shock. He came without any transition, pain, or tearing and I felt nothing due to that wonderful epidural! Even after it fully wore off 2 hours later, I felt like nothing had happened! 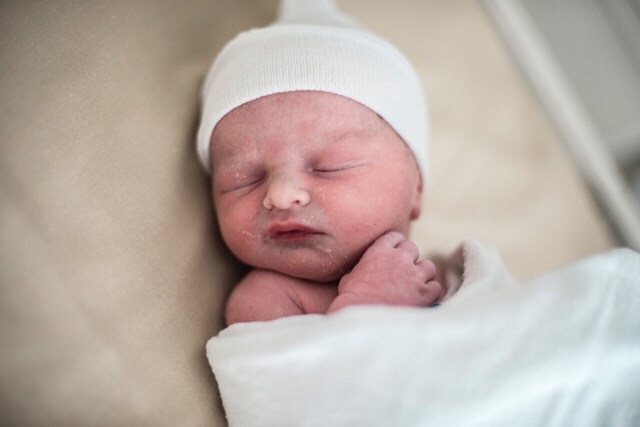 The first thing I noticed as Evers and I snuggled was his legs and his arms shook uncontrollably for 30-45 seconds at a time. They told us it was just because his premature neurological system but that didn’t sit well with my mommy intuition. Because he was born 1 day before full term (more accurately 16 hours), he was considered a “late term premie” which Rob and I did not label him. Apparently the hospital takes those babies serious and we were told he would have the “premie” stay of minimum 72 hours. 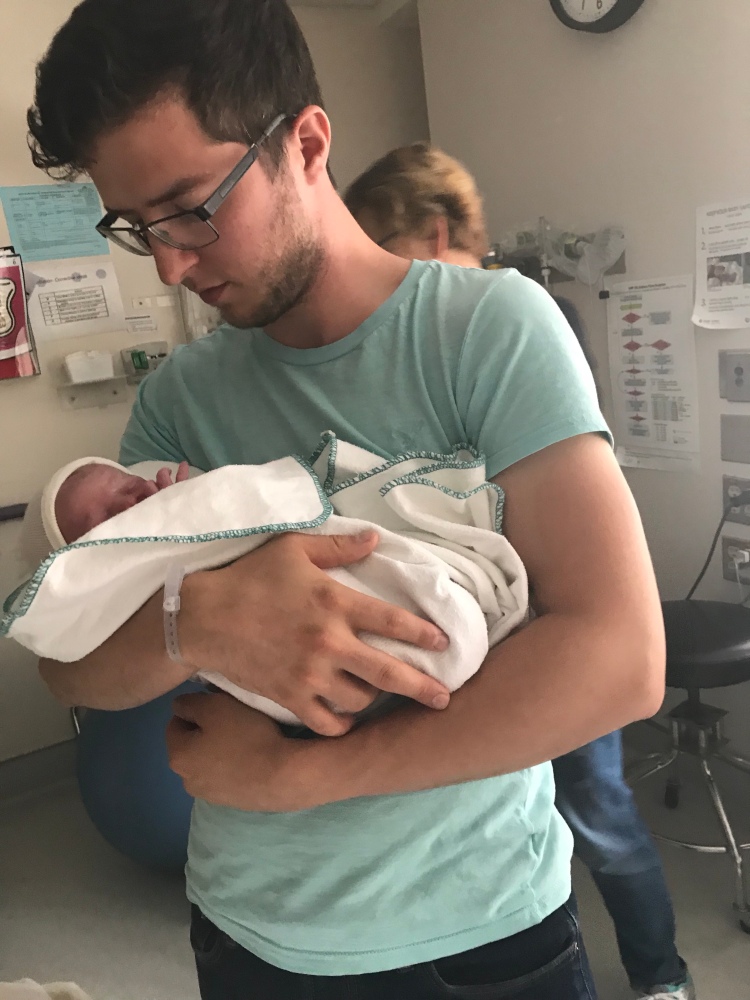 When he was 36 hours old, I stared at him in his hospital bassinet shaking uncontrollably with his hands and feet for 45 seconds.. And the NICU doc who came right away. His tox screen showed it was two of the prescribed meds I was on that he was detoxing from and encouraged me to stay on them while breastfeeding as that will help with the detox.

The NICU doctor assessed him and quickly moved him to the NICU. This is where life gets fuzzy. The most stressful thing to me was they said this detox progress could take 2 weeks or 2 months. They also didn’t tell me much about his treatment plan like his feeding tube (thank goodness it was just had a temporary one placed twice) and he was given morphine twice. 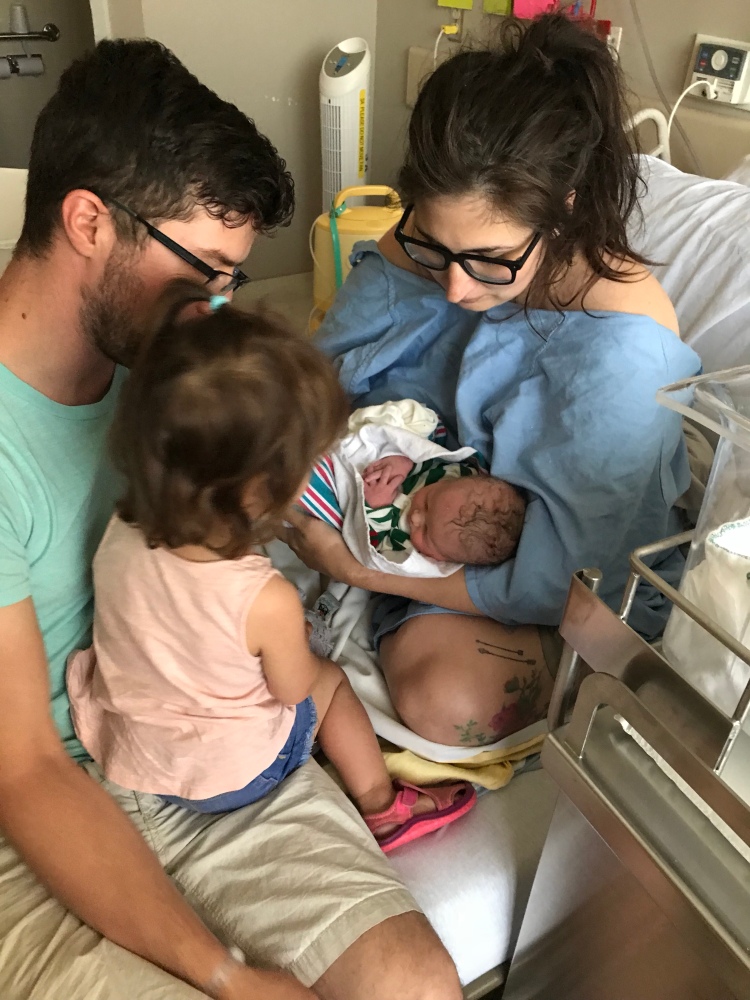 I was finally discharged on Friday and leaving without my baby in my arms was so hard. I don’t know how parents do it for months on end. Luckily he was discharged to us after 10 days of care. 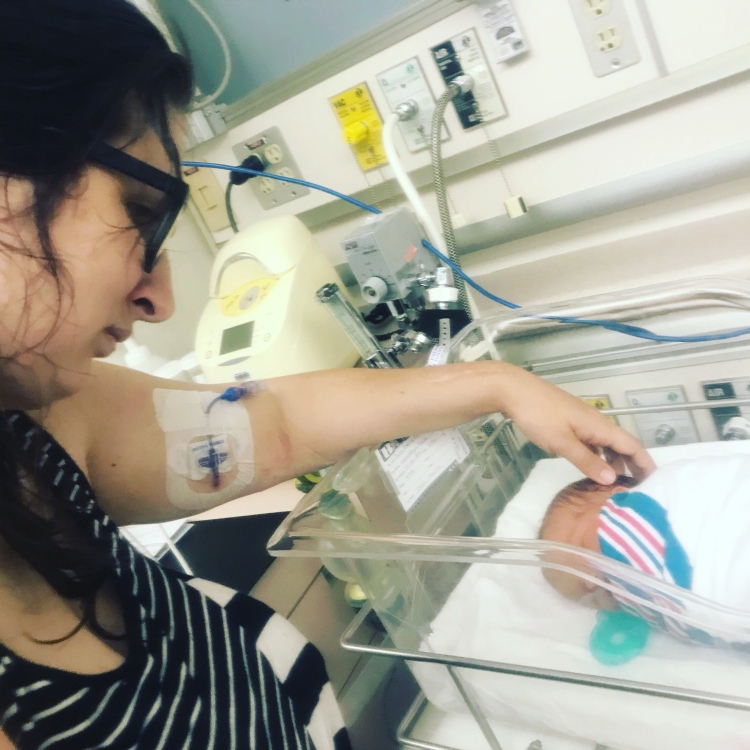 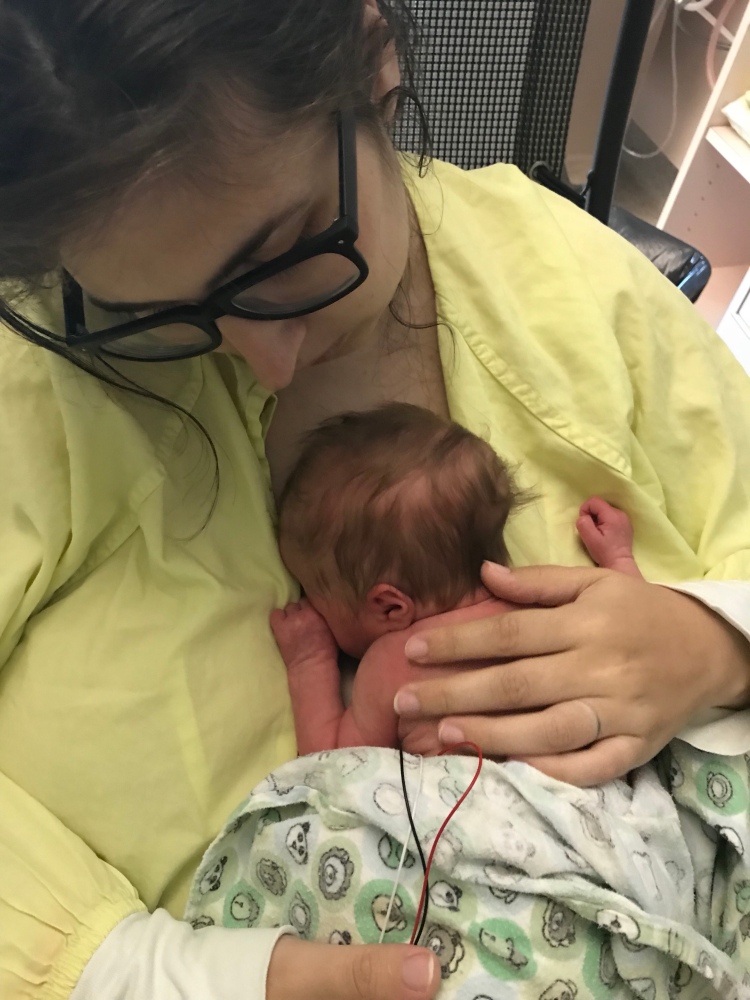 So much precious skin to skin time

It has been 6 weeks and Everett is thriving. He just finished his weaning meds a few days ago and is doing great. He is a chunky monkey that loves his food and eats generally every 2 hours during the day. He is such a sweetie and I feel I already don’t remember a time he wasn’t in our lives! 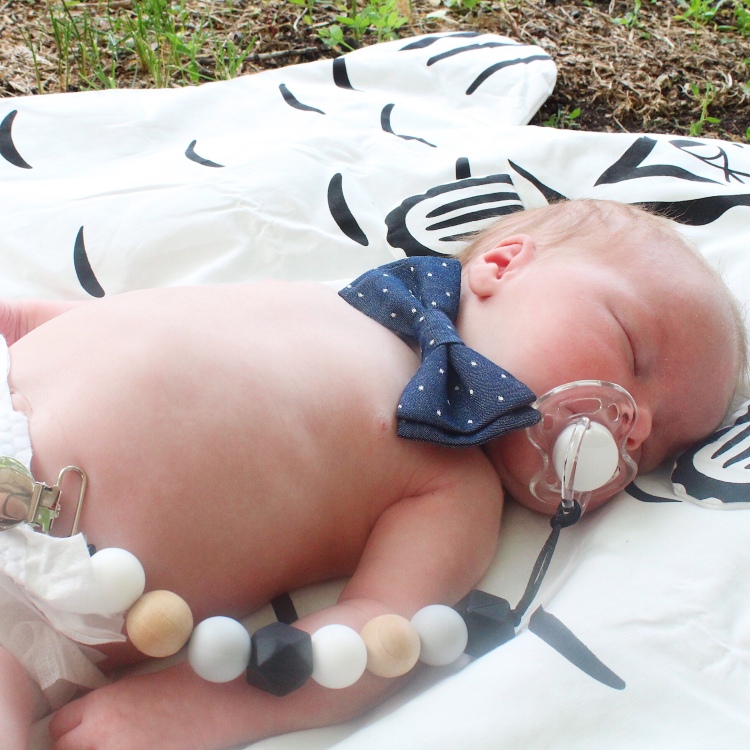 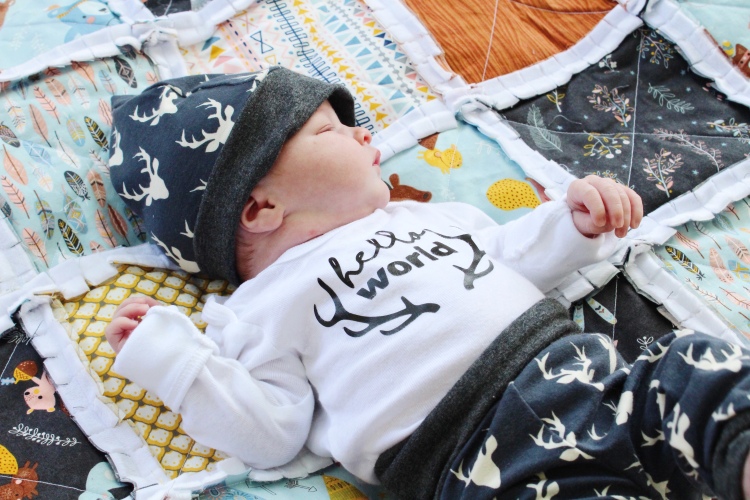